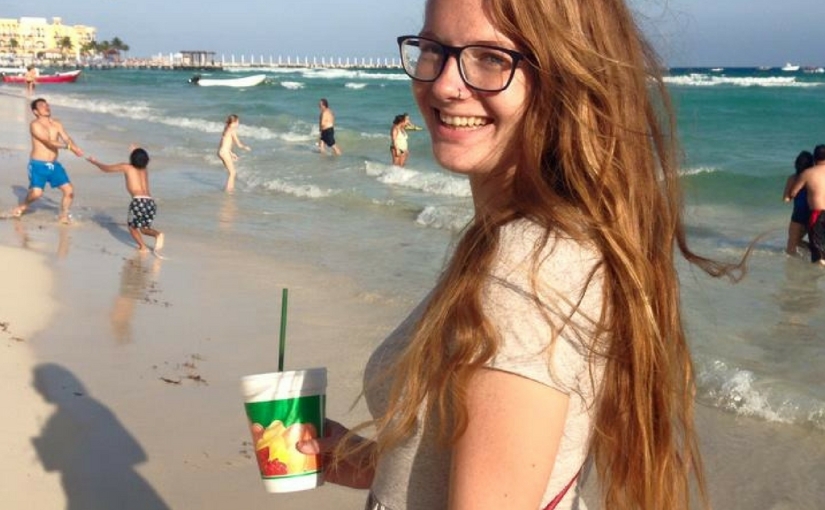 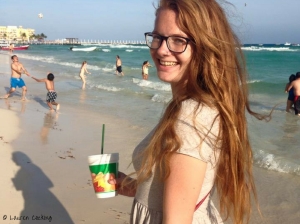 Lauren is a Mexico City based travel blogger at Northern Lauren who writes (mainly) about Mexico, food, and feminism. While she loves writing about other people and places, she thinks there’s really nothing more horrifying than putting together a humble yet engaging personal bio. Find her rainbow coloured pictures and pins on Instagram and Pinterest, or follow her irreverent thoughts on Facebook and Twitter.

How long have you been traveling?

I don’t really know if you can class what I’m currently doing as traveling – I would say I’m more of an expat! However, I definitely first caught the travel bug when I moved to Mexico for my year abroad. Ever since then, all I’ve wanted to do is see more of the world and that was in 2014.

What is your travel style? Budget, First class, etc…

I’m a budget gal all the way. I cringe a bit when I see people dropping hundreds of pounds on hotel rooms or fancy flights, or overpriced tours because for me that’s not traveling. I’d rather explore on foot, get around myself (without tours if at all possible) and stay in low price hostels. That’s not to say I don’t like my home comforts, but I’ll just wait til I actually am at home to enjoy them rather than when I’m in another country.

Tell us your favorite destination. Why?

My favourite destination…that’s a tough one. I obviously love Mexico as I’ve lived here nearly two years, but I would say that Porto was a really amazing place to visit. I went with a group of friends to celebrate our final year university exams and it was just the perfect goodbye as we all went off into the big wide world. Not to mention that it’s one of the rare cheap, picturesque European destinations outside of Eastern Europe. Plus, the pasteis de nata are to die for.

Any horror/funny stories while traveling?

All my travel horror stories involve unexpected upset stomachs. Honestly, the list goes on and on, but the funniest (or most horrible, depending how much you do or don’t like oversharing) had to be the time I got struck with an urgent need for a bathroom when I was in the middle of a crowded bus in Guadalajara. If you’ve ever traveled on buses in Mexico, you know how crammed they get. Anyway, this was right after I’d just got to the country, so I shoved my way to the front and demanded to be let off in the middle of the road. After a frantic and unsuccessful search for a toilet, I ended up in a grotty men’s gym. It was after I’d sat down and gone to town that I realized there was no toilet roll. Let’s just say my socks laid down their lives for me that day… 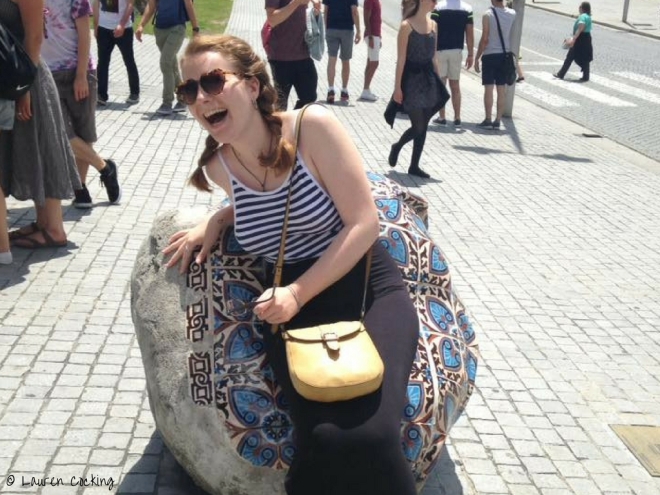 Are you married? Single? A mom? How do you think your status affects your traveling?

I’m in a long-term relationship and I do think that, even if you don’t necessarily want it to, it affects how and when and where you travel to. For example, I feel a pang of guilt every time I go somewhere without my boyfriend because I know he’d love to come too. Realistically though, my job has far more flexibility than his does at the moment and I have to take advantage of that while I can.

Being in a relationship also means I travel far more frequently to the place he’s currently living, Monterrey, Mexico when ordinarily I probably would have only gone there once and had done with it.

Someone who has similar, but not the same, tastes as me in terms of things they like to do when traveling. For example, ideally someone who doesn’t mind hostels, who enjoys wandering around the city rather than ligging on the beach all day and would rather blow their budget on great street food and constant snacking than going to a fancy bar or all-inclusive resort. Having said all that, it’s also important to have someone who does have different tastes to you, because they’re the type of people who push you out your comfort zone and make you try new things. 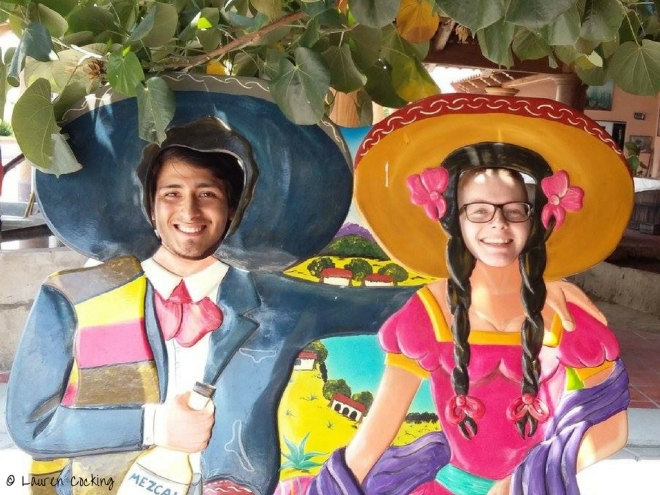 I’ve been a blogger since 2013, sporadically, but only really dealing with my inane thoughts on a bunch of different (mostly uni life related) subjects. I’ve really dedicated myself to travel blogging in particular in these last few months, so my blog has been undergoing a complete overhaul. It’s tiring and challenging but totally worth it.

Don’t give up easily and don’t go into it half-heartedly. If you do, you’ll never get anywhere, because the whole process of travel blogging, from the research to the promotion of your pieces can be frustrating, tiring and garner you very little recognition at first. In short, it’s complex and disheartening at times, but when it all pays off you realize why you do it in the first place.

Do you think there is a difference traveling as a woman?

Yes, a multitude of differences. I think you feel far more vulnerable traveling as a woman. I find myself questioning and wondering about whether something or somewhere is safe for me to go, whereas I imagine there are far fewer men who have this kind of internal doubt dialogue over travel.

Do you have any dos/don’ts when it comes to traveling as a woman?

Try not to worry too much, because that can really impact your travels in a negative way, but also stay aware and don’t get complacent. That’s what happened to me and I ended up getting mugged for being in the wrong place at the wrong time! Enjoy yourself, above anything. If you have the privilege to travel the world and see new people, things, and cultures, don’t waste that opportunity.

Want to learn more about Lauren?

A travel journalist who loves to dabble in fashion. View all posts by shewentwear

One thought on “Wednesday Women: Lauren”