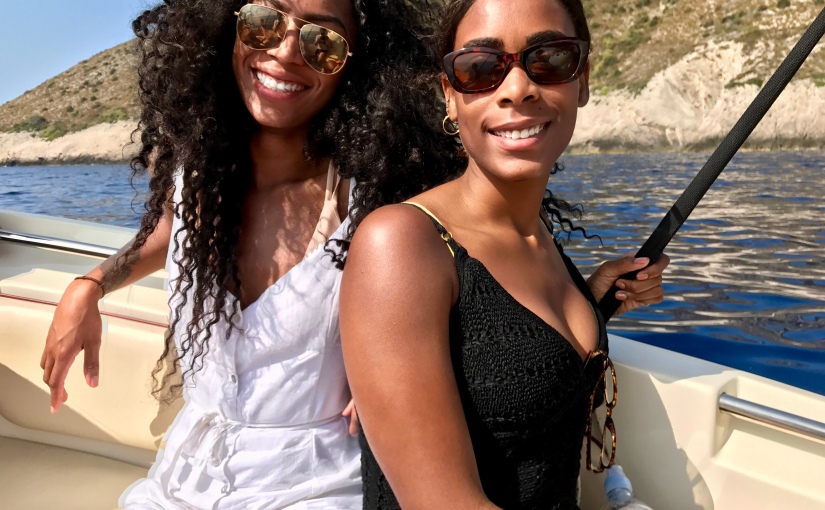 Landing in Split, all I could think of was ” YACHT YACHT YACHT”. You know, Yacht Week? If you haven’t heard of yacht week, google it. I’m still waiting to embark on that adventure, but after you google it, you will find that you need a whole squad to actually enjoy it and my friend list is slim… so if you have any room for a plus one, invite me.

My time being limited ( 2 days) we hit the ground running to explore the city. Split had a very unique and old charm to it. Every time I step foot outside of the Americas, I am reminded how young our country actually is, or when it was colonized.

All the buildings had so much soul and character, even the cracks in the pavement seemed to have a story to tell. 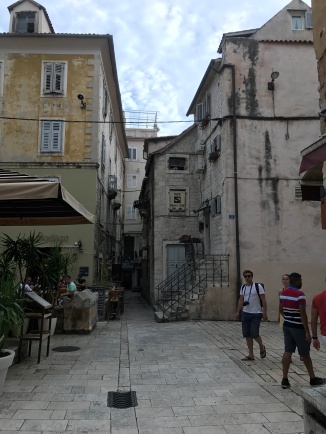 After exploring the city, we found all these tours being offered  along the shore. Naturally, we grabbed a bunch of brochures and took them home to decide which one would be the most beneficial for our short time here.

The next morning we were at the pier bright and early ( a little too early if you ask me) ready to set sail.  We chose a 5 island tour that included a stop to their blue cave & Hvar. We met with our captain and hostess and then set full speed ahead to our adventure!

First stop, Bisevo. From here we would take a smaller speed boat to the blue caves. While we waited for our turn, we explored the island a little bit. It was so cute and quaint. You could tell the island didn’t have many inhabitants but we did spot a cute little house up the hill. 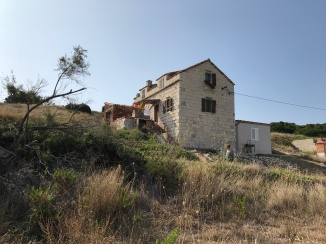 Our turn came, and we were so excited to visit the blue caves. 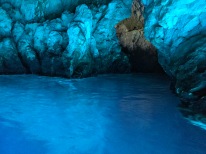 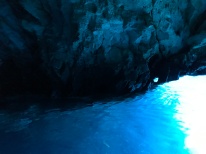 Amazing! I love all things water related so our next stop had my name written all over it. This was my first time swimming in a cave ( I grew up in Chicago, geographically its pretty flat) and after that experience, it will not be my last. 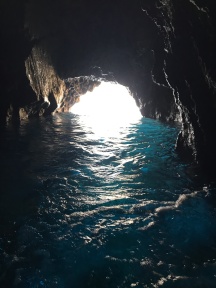 Next, swimming to the coast of Vis. In order to walk on the beach you had to swim to it, haha. It was a small beach with no pier so to see this beauty you had to put in a little work.

Luckily,  The tour guides had extra googles for us to use and I was so glad they did. The water was so clear that you could see the many variations of fish that called Vis home. 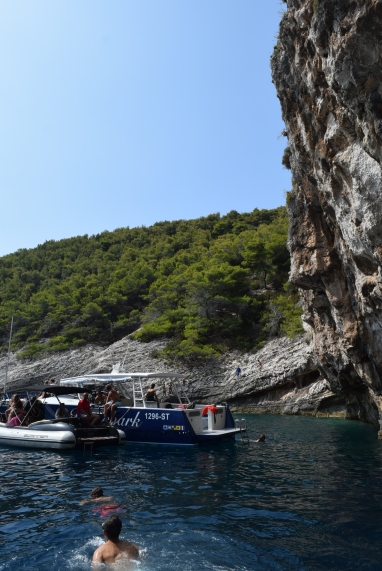 Now onto a popular stop on Yacht Week, Marinkovac, which was a nice stop for us since we were starving and needed an island with food. Swimming in the sea tends to make me tired. Who knew?! 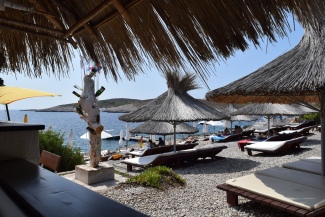 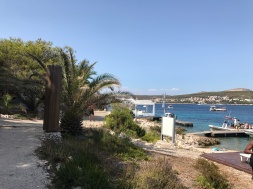 Last but certainly not least, Hvar. The first stop with ACTUAL locals. This city felt a lot more “posh” than Split, but still had loads of character. We walked the streets, visited a few of the shops, and enjoyed some delicious gelato. After two hours passed, we were beat and ready to go home to Split. 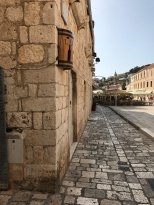 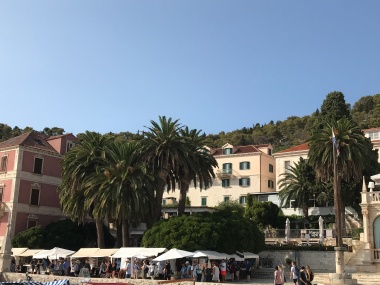 It really sucks that I had to rush all of this in a day, but as you can see, Croatia should be on EVERYONE’S LIST. I had a fantastic time. I’m even planning to go back next summer and spend a week (or two) there.

Until next time my beautiful Croatia

Who has been to Croatia? What else is there to see/do for my next time I’m there?